The Tetragrammaton is a four character name of God. it is: YOD - HE - VO - HE

Let's take a look at how the blueprint works! Here is the TAROT it lays out the cyclical mechanics of the tarot cards. The T starts at the 1st position and moves to the A at the 2nd position, which then goes to the third position, and then the O in the 4th position. However it is not complete, and finally ends back at the 1st position with the final T. TAROT. This is the basic mechanics of the Major and Minor Arcana of the tarot cards. Let us examine how many layers we can add to this. 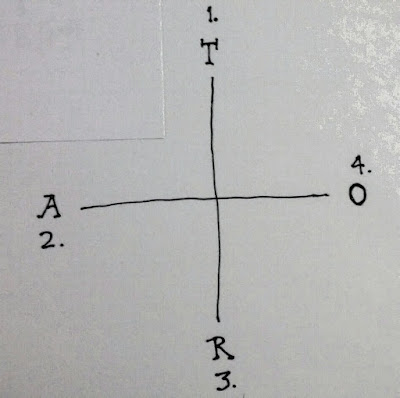 Here is the blueprint with the Tetragrammaton layered onto it. YOD - HE - VO - HE. Since the Tetragrammaton only has four letters, in order to keep it's cyclical nature we must layer another dimension onto the blueprint. We will add a verb, or action layer. This will help us understand the context of the cards as we move forward. 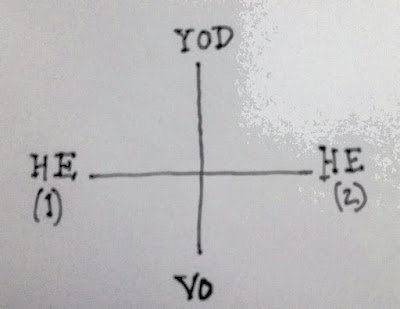 So, for example, in the first cycle of the Major Arcana, we have:
1. Magician, who is agile and masterful in the (YOD) position
2. The High Priestess, who is educated and wise, in the (1st HE) position
3. Empress, who is a mixture of mastery, and wisdom, in the (VO) position
4. Emperor (2nd HE). He exhibits the same attributes as the Empress except he is far more active, rather than passive.
The next cycle would then start with 4. The Emperor now in the (YOD) position and so forth. 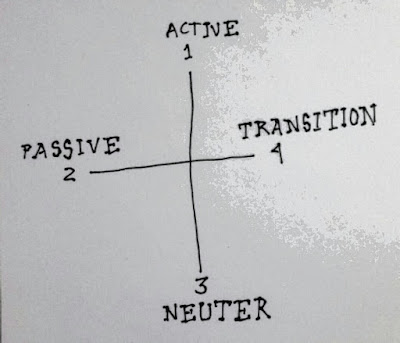 Another way the blueprint emerges is the masculine, feminine, equilibrium (or neuter) and the transitionary (whatever ends up here becomes the Masculine / active of the next cycle). 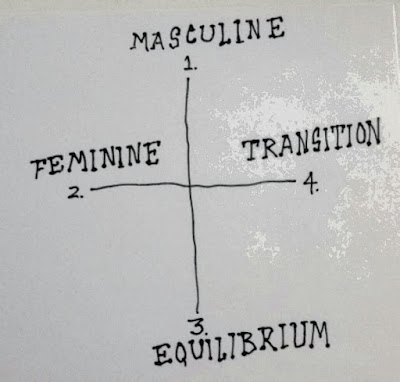 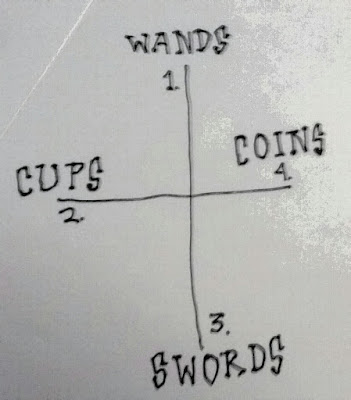 Drilling down and sort of modifying the masculine / feminine / neuter layer it is easy to see how this blueprint related or is easily translated to the face cards of each suit of the Minor Arcana. 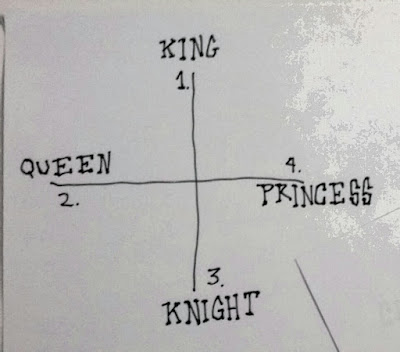